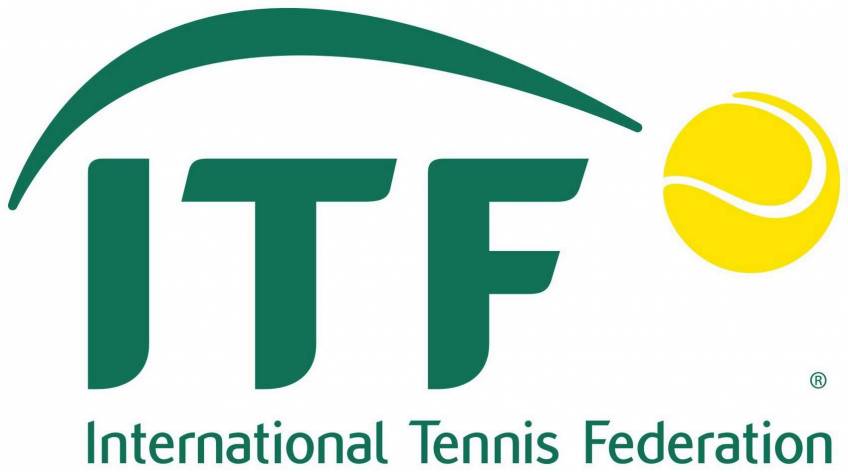 According to an article published in the New York Times related to the new regulation of ITF, since january 2019 around 90% or an estimated 12,000 men and women who already participated in professional tournaments will be erased by the new ITF rules.

With the new year, a new ITF World Tour has begun since January 1. Let’s take a quick look.

First major change is the reduction of spots in the qualifying from 64 (or even 128) to 24 players. If you calculate the participants for the past tournament week of January 7, 2019, only 168 women and 336 men were able to compete worldwide (3 women’s tournaments and 6 men’s tournaments). In addition, for a women’s tournament they have had to travel to Martinique, Hong Kong or Tunisia, making it even more difficult to participate.

Throughout January 2019 there were 1,512 places for women and 1,614 places in the draws available for men, only if every player played just one single tournament in the month of January, which is unusual when you are on tournament travel.

It sounds a lot, but we have to remember that around 3500 men and 2400 women are listed in ITF ranking, junior players who are not in the top 100 won’t be eligible for reserved spots for the main draws of any of the ITF WORLD TOUR tournaments.

Not forgetting about the vast majority of players with only national ranking, players of american universities or players who are out of the ranking due to injury, who until December of last year had the option of participating in ITF tournaments: under the new system they will not be able to participate. This increases the number of players that won’t be able to participate, unless they enter by Wild Card.

Returning to juniors, forced them to reach the TOP 100 of the ITF Junior Ranking to be able compete in an international tournament after the age of 18 years, will lead these players to have even more difficulties to combine studies with tennis or to give greater significance to the tournaments than in previous years.

Axel Geller (Argentina), number 1 of the ITF Junior Rankings in 2017, played a season for Stanford University in USA. This caused him to lower his ATP ranking in 2018 to position 1,416. Probably, a ranking not high enough to be able to play any tournaments this year. “You will win matches if you are good enough. The problem is when you won’t be able to enter to any tournament” Geller said few months ago in the New York Times.

There is also going to be a huge drop-out of those players who develop their potential later, something that ITF should take into account since, as we can see, there is an increase in the average age of the players to reach the TOP 100 worldwide (27.6 years in men and 24.8 years in women).

If the new rules of ITF settle during 2019, thriving careers of college players like Benjamin Becker, John Isner, Kevin Anderson, Nicole Gibbs or Steve Johnson will not happen again in the future because they won’t have a chance to enter the first level of the international tournaments and they will be waiting for the lucky strike of being awarded with Wild Cards in order to compete. This situation open the doors to what was already happening in some tournaments, for example selling Wild Cards that give access to the previous qualifying or main draws, bets in order to add points and allow rankings or other dishonest possibilities to be able to compete.

Furthermore, if some players are thinking about engaging in doubles, since this all players have to be accepted in the singles tournament in order to compete in the doubles competition (only for ITF 15,000$ tournaments).

According to ITF, the main argument for these changes in the regulation is that there will be more ITF tournaments in each Region / Country, so the player will spend less money on trips because of shorter distances between tournaments. However, if we look at the current schedule of ITF tournaments in 2019, in Europe we only see few tournaments in a row in Europe in the month of January in Mallorca (Manacor two weeks and Palmanova two weeks). The rest of the 2019 calendar is formed by tournaments spread throughout the continent leaving players to travel every week to a new destination, increasing their costs.

But not only players are affected by this new system. In addition, under the new system, men and women 15,000$ tournaments are no longer considered professional tournaments. Given this new scenario, which brand or sponsor wants to promote its image in amateur tournaments? If sponsorship falls, who will organize tournaments? The situation gets even more complicated, especially in developing countries, where money for tennis is usually rare. It is necessary to remember that many tournaments are organized by hotels or resorts with sports facilities, financing the cost of organizing tournaments through the hotel profit generated by players staying in the resorts. It is usual in these hotels or resorts to organize tournaments many consecutive weeks a year, which benefits the player by lowering costs making week-long tournaments series without traveling to a different place possible.

Since January 2019 the duration of tournaments is reduced from 10 to 7 days and in addition the number of players in previous phases is reduced due to fewer vacancies, organizers estimate a loss of approximately 14,400$ each week in resorts like Antalya (Turkey), Hammamet, Monastir and Tabarca (Tunisia), Sharm el Sheikh and Cairo (Egypt) or Heraklion (Greece).

According to the portal Tennis.life, last October an article was published in which they announced that Canada and Israel are canceling all their men (15,000$ and 25,000$) and women (15,000$) Futures tournaments for 2019 and surely more countries will follow their example soon.

Since this year, the 25,000$ men Futures tournaments only award 1 ATP point to the finalist and 3 ATP points to the winner. By 2020 it is expected that neither the 15,000$ nor the 25,000$ tournaments will award any ATP points. All points earned in 15,000$ and 25,000$ in year 2020 will be ITF World Tour points. This will lengthen the process for any player who wants to access the ATP professional circuit, increasing their costs.

It is not planned to increase the Prize Money of ITF tournaments, which makes it difficult to see how the new regulations is going to help players with their expenses.

What about the coaches, academies, clubs, family members, equipment sellers and many more behind each player?

If there are fewer tournaments and the player has to stop playing tennis because he has no chance to compete, many coaches and academies will loose customers, the referees will have fewer opportunities to arbitrate regularly, stores will sell less sports equipment, brands will loose revenue and, in the end lots of experience and knowledge and for the development of tennis will be lost irretrievably.

Anticipating all this, the canadian player Maria Patrascu started an online petition on the website CHANGE.ORG which currently carries 2,400 signatures. Maria, after a long wait, finally could contact ITF and after a one hour conversation concluded that for ITF these changes are “a great experiment” and took the opportunity to say her that “ATP and WTA do not care about low ranked players” and “ITF is giving the best to improve the situation”.

During 2018 ITF made successive changes in the new rules several times without much clarification and without publishing any announcement on the official website homepage warning about all these changes (doing it in the section in which the new regulation is located). So far, all ITF documents are only available in english, french and german, leaving aside a large emerging tennis community in arab and asian countries to be fully aware of the changes.

It is time to wake up and be active to make leaders of the tennis world aware that, without players and their teams, they are only a dead organization.

The road to professional tennis requires dedication, talent, many years of hard work, enthusiasm, a bit of luck and many more things.

We hope that ITF, founded to make tennis grow, will be aware of the situation that has arisen and will adjust the new rules so young people from all over the world can have the opportunity to follow their passion and to live the experience of competing as a professional tennis player.